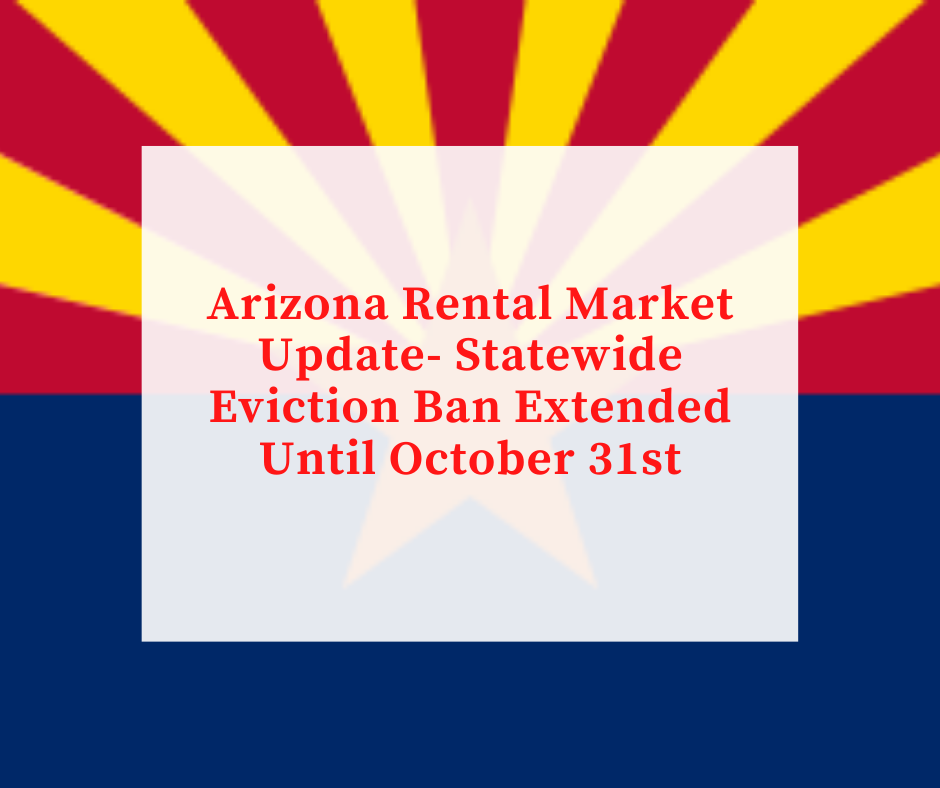 The latest news affecting the Arizona Rental Market is that Governor Ducey’s eviction ban was recently extended on July 22nd to October 31st, 2020.

Governor Ducey’s move to extend the eviction ban continues his effort to help Arizonians avoid eviction if they lost their jobs due to Coronavirus or contracted the virus and are unable to work.

Most housing advocates applauded the Governor’s move since a large portion of the money from the Cares Act to help people pay their rents and mortgages hasn’t been dispersed yet but the big thing that’s not being talked about is how the eviction ban in Arizona is affecting landlords.

Sadly, landlords in Arizona are feeling the same financial strain of evictions just like landlords in California and other states because the money that landlords depend on to cover their mortgages, property taxes, utilities, and other essential expenses is no longer there.

Landlords are often classified as being “heartless” by some housing advocates but the truth is that rental housing is a business, and with income coming in that business cannot survive.

More Landlords Are Challenging The Eviction Ban In Arizona

As the eviction ban continues, more landlords across Arizona are stepping up to challenge it although their efforts are being defeated in the courts.

A Phoenix landlord recently sued the Governor claiming that the Arizona Eviction Moratorium was unconstitutional because it prevented them from evicting a family from their rental property that owed more than $4,000 in unpaid rent.

The landlord’s lawsuit was quickly rejected by a Superior Court judge in Maricopa County but, it’s likely this won’t be the last lawsuit against the eviction moratorium that we will see in the coming weeks.

Thankfully money may be on the way for tenants in the Arizona Rental Market as negotiations are underway between Republicans and Democrats to release another economic stimulus. This would most likely pay the same amount of $1,200 per adult as last time, but those negotiations are still in the early stages so it’s likely that we won’t see that money go out until late August or early September.

For the latest news affecting the Arizona rental market, or to speak with us about our property management services, contact us today by calling (866) 545-5303 or click here to connect with us online.

Do you live in one of these cities? Does the value being “extremely depressed” simply mean that it is a good time to invest?